The Team Leaderboard enables you to better quantify the value of using Beamery to fill vacancies. It provides better visibility into your sourcing team's performance, including for each team member, in order to drive better decision making around resources, remove roadblocks, highlight top sourcers and help forecast for the future.

To navigate to the Team Leaderboard, click on the Reporting module in the sidebar.

The report can be filtered in four ways: 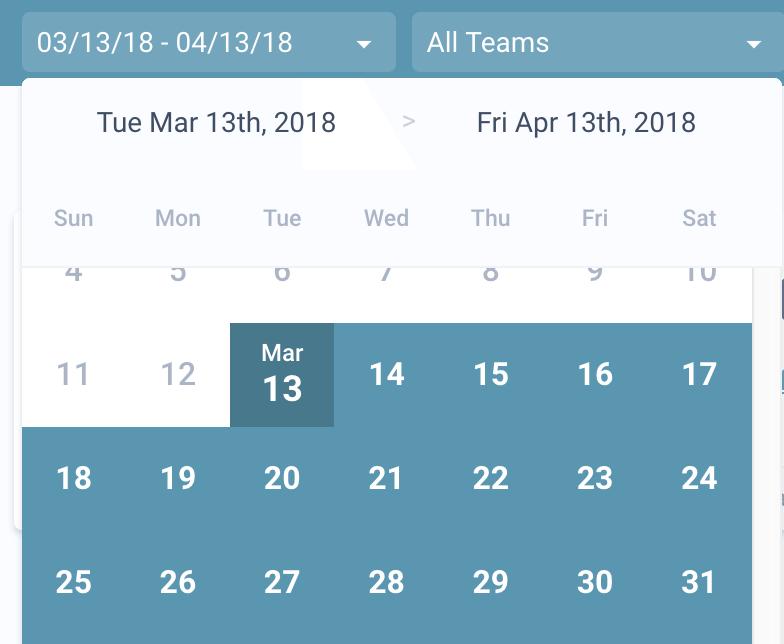 The report is pre-set to the last month to date when you load the report. 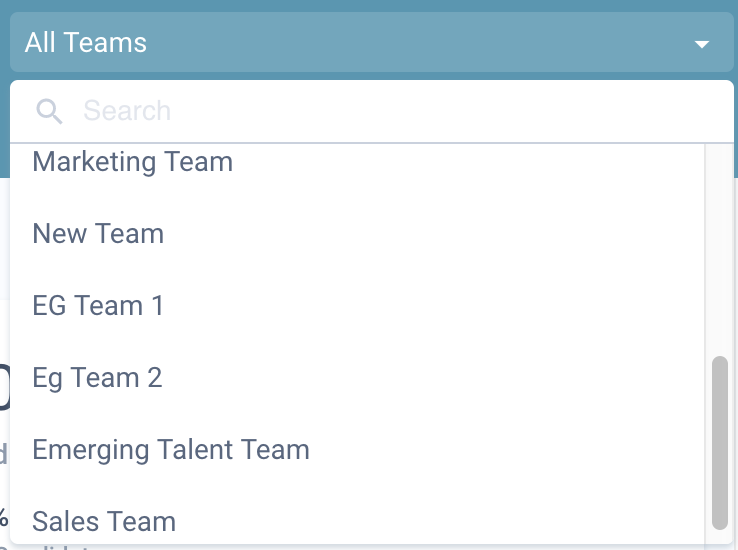 Use this dropdown to select a team to report on. Teams created in Company Settings are shown here, in the order shown in Settings.

The report is pre-set to show All Teams, which will also show figures for vacancies assigned to users who are not in teams. 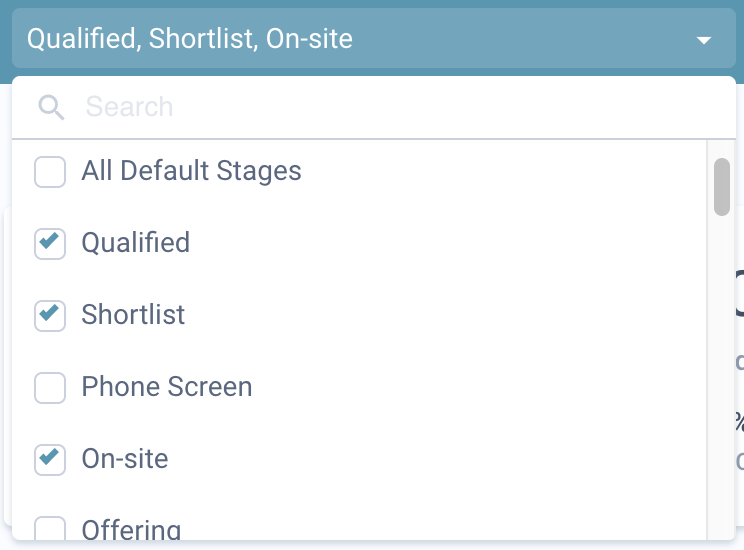 You will see three types of Vacancy Stages in this dropdown:

The report is pre-set to display data for just the first vacancy stage, and a maximum of ten vacancy stages can be selected at any one time.

NB: This report does not integrate directly with your ATS. It pulls the information from Vacancies in Beamery for an ATS. Beamery does not receive the position of stages from ATS. In some ATS systems (e.g. Greenhouse) stages are also unique to vacancies and may fall at any position dependent on the vacancy, e.g. ‘Interview’ in a particular vacancy may not mean ‘Interview’ in another vacancy, and can be at a different position. Hence the alphabetical listing. 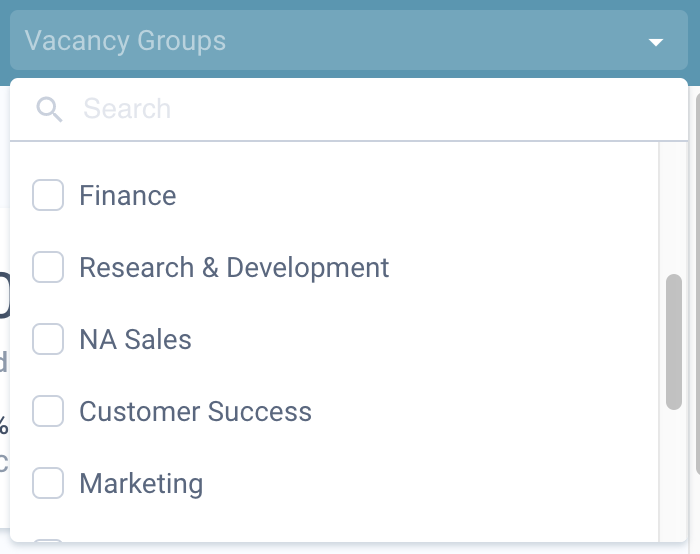 Use the dropdown to select Vacancy Groups to report on. Vacancy Groups created in Company Settings are shown here, in the order shown in Settings. The report is pre-set to no Vacancy Groups, which will also show figures for vacancies not in groups.

The ‘New Candidates’ card will always be visible in the report. The number and content of the stage-to-stage conversion cards are dependent on the number and order of stages selected in filters: 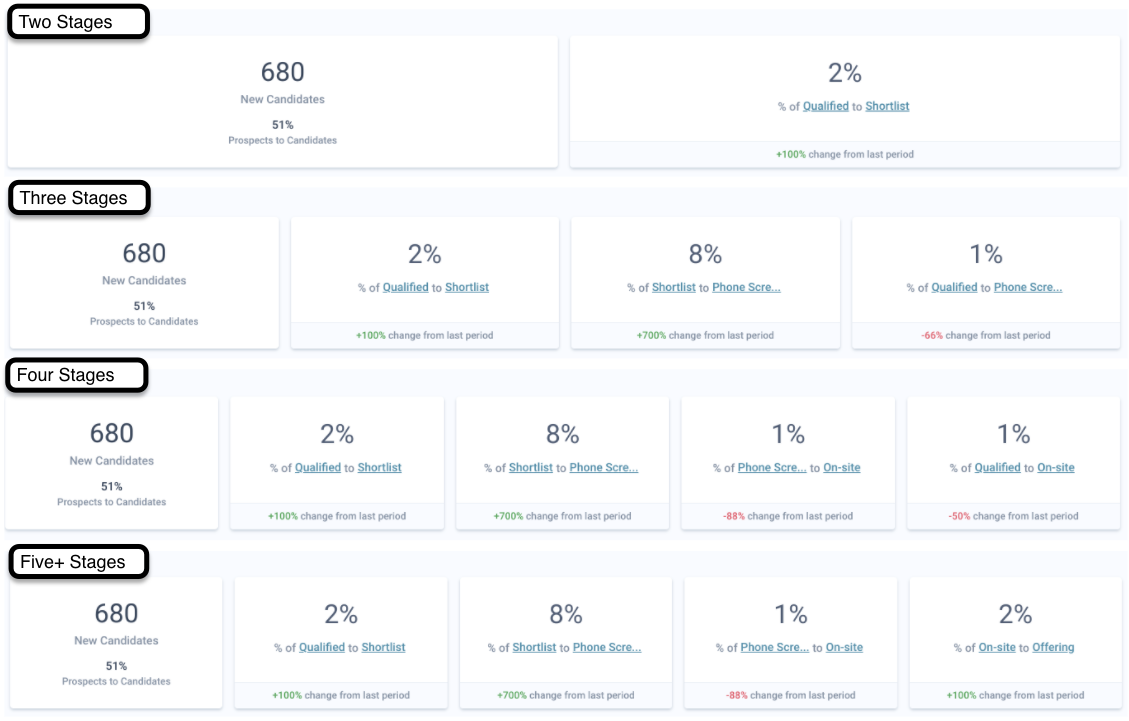 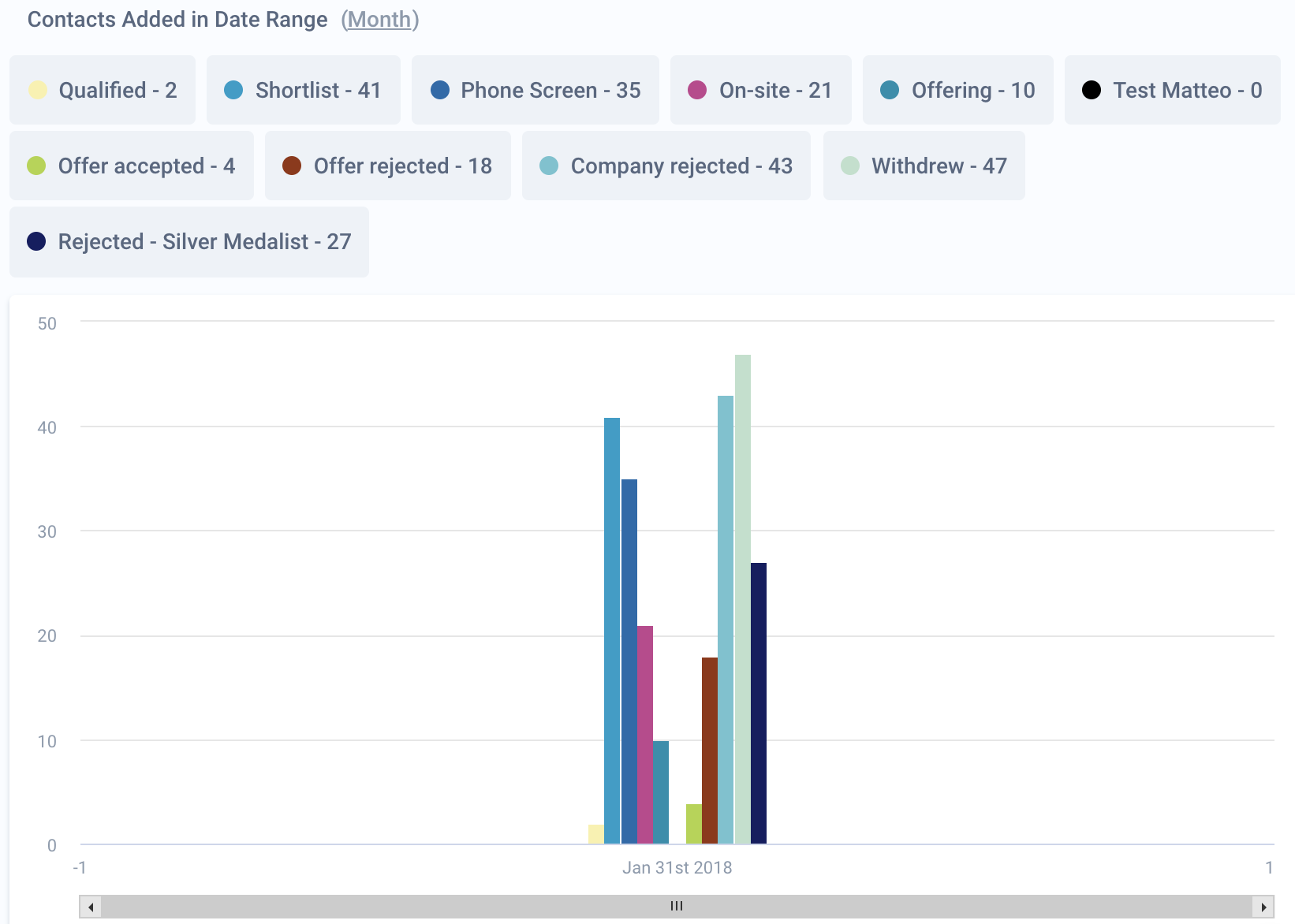 This reports shows the number of contacts added to each stage selected in the filters during the date range defined, as a total number in the chart key, and in a bar chart, broken down by intervals of either Day, Week, Month or Year.

The bar chart will only display bars where there is first and last activity within the date range. For example, for a period of one year, if there were no contacts added in the first three months or the last three months, you will see information for months four to nine.

The Leaderboard shows metrics for the top 100 Beamery users individually, based on the teams selected in the teams report filter.

The ‘Prospect to Candidates’ column format is ‘x / %’, where:

The format for the stage-to-stage columns is ‘x / %’ where:

You may also choose to display or hide any stage to stage conversions from the ‘Edit Columns’ dropdown next to the title, above the table. You can scroll to the right to view all columns.