There are several possible reasons for this:

2. If a candidate has been moved or rejected from a vacancy stage, they will disappear from the count in the pipeline stage in Greenhouse, but remain within the Beamery stage that they were in prior to being moved or rejected. 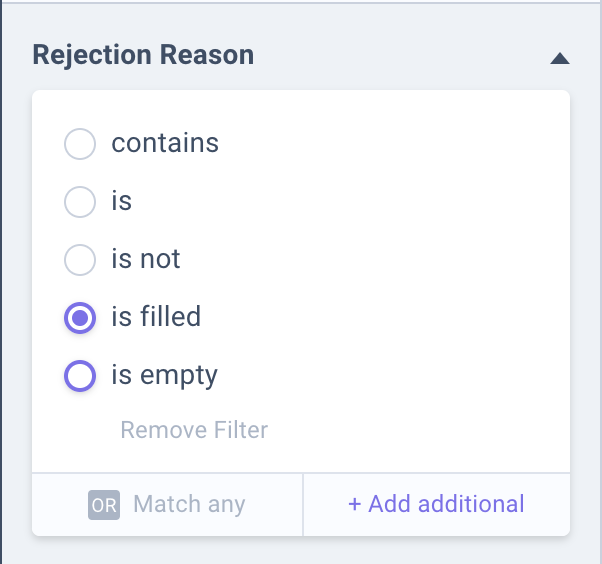 3. Depending on how you have set up your Recipes and workflows, there may be contacts that have been added to the vacancy in Beamery but not yet been synced to Greenhouse which will result in a discrepancy between the two systems.

4. Any contacts who exist in Greenhouse without a full name will not be synced to Beamery, since a full name is required as a mandatory field to create a contact in Beamery.

5. If a candidate is rejected from a vacancy in Greenhouse but subsequently applies for the role again via Greenhouse. Greenhouse creates a new application entry against the vacancy which is counted twice. However Beamery will merge the contacts so that they appear as a single contact and are therefore only counted once.