You can use the Campaign Received and Campaign Received Date filters to segment contacts, draw insights and create automation flows based on whether contacts received campaigns and when they were received. This can help you avoid overlapping outreach efforts and take action on contacts based on the outreach messaging they have already received.

The Campaign Received filter is found within the list of data filters. To use it, navigate to the CRM and open the filters panel on the left. 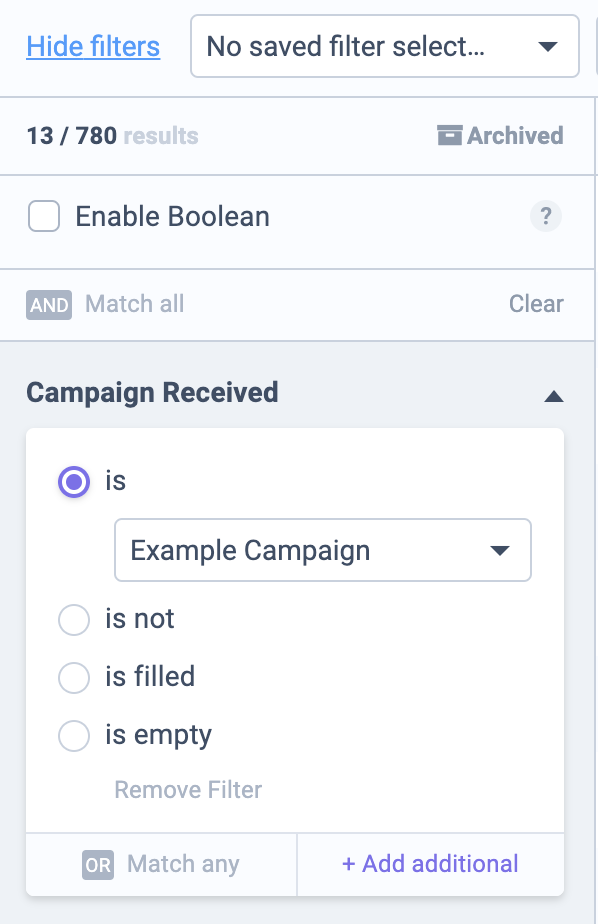 Here are a few useful examples of how this filter can be used:

The Campaign Received Date filter is found within the list of time filters. To use it, navigate to the CRM and open the filters panel on the left.

This filter allows you to search for contacts based on the most recent date they last received a campaign. This date is updated for a contact every time they receive the first touchpoint of a campaign.

Within this filter, you have the option to choose an absolute date or date range. Or you can choose a relative date, such as "less than 30 days ago." 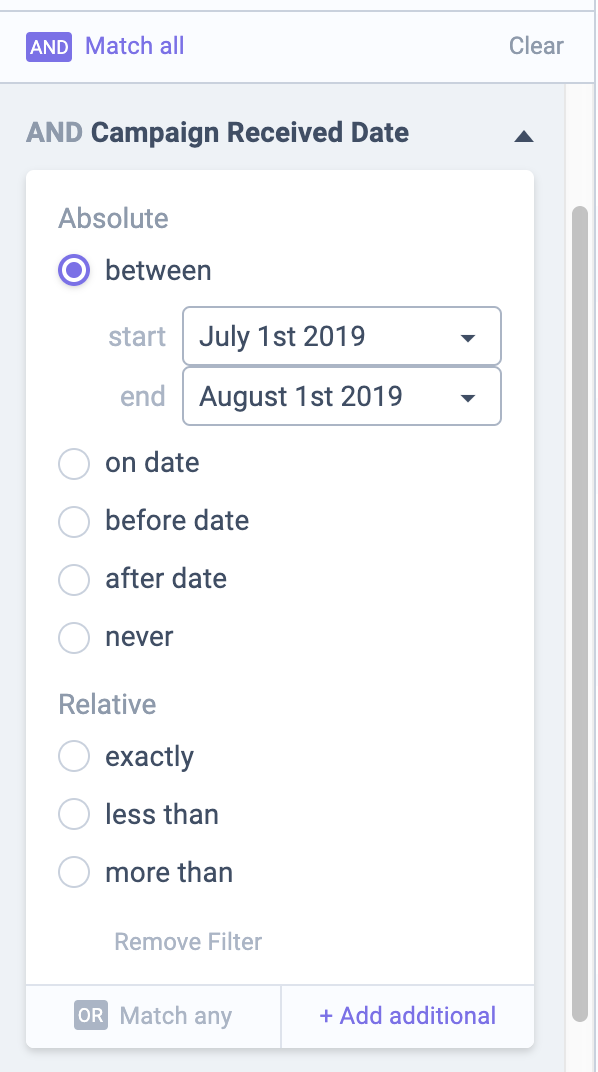 Here are a few useful examples of how this filter can be used: 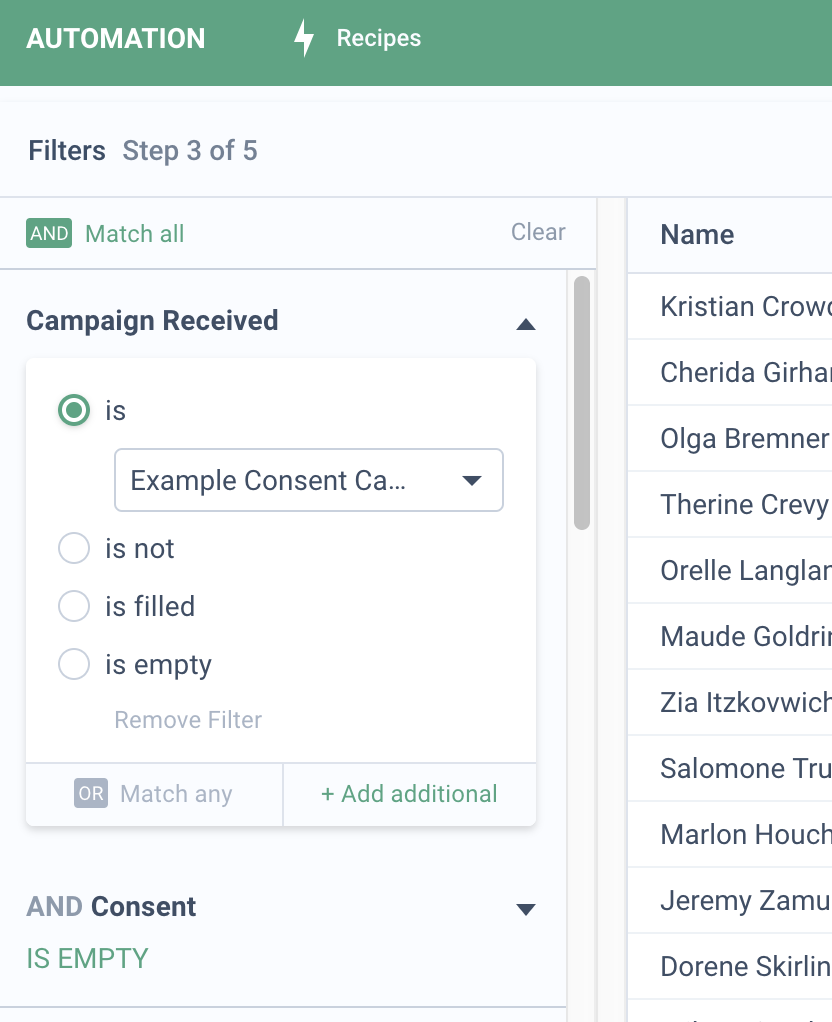 Some examples of automation include:

How to view analytics on how your campaigns have performed
How to report on and analyze the success of your Campaigns
What is a Recipe?
How to Create Recipes