To cancel follow up messages in a campaign, click on the Campaigns tab at the top of your screen within the Marketing module. This will take you to a list of your existing campaigns. 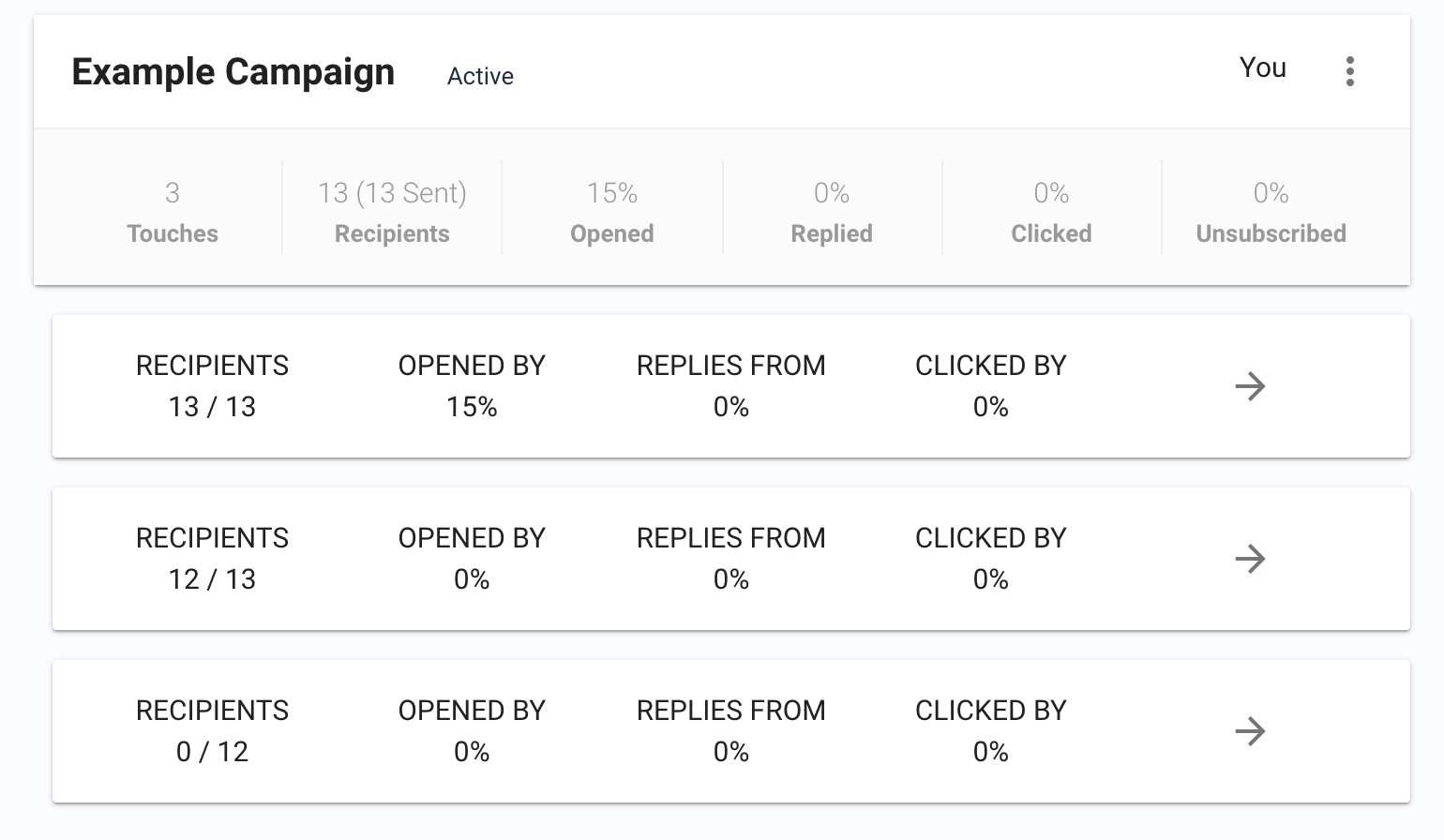 On the analytics page for that touch point, click on the tab for Scheduled. You will see a list of candidates currently scheduled to receive that touchpoint.

Use the checkboxes to select the contacts you wish to cancel the next touchpoint for. Once at least one contact is selected, you will see a Cancel touch button at the top of the page. Clicking this will cancel sending of the next touch point for the contacts selected.

To reschedule a contact who has been cancelled from a touchpoint, find them under the Canceled tab, select them, then click on the Schedule touch button.

Alternatively, you are also able to cancel a campaign being sent to a contact from the campaigns section of a profile by clicking on the Do not send option on an active campaign.

The campaign will then show up under past campaigns and the touch will be displayed as cancelled and not sent as per the image below. 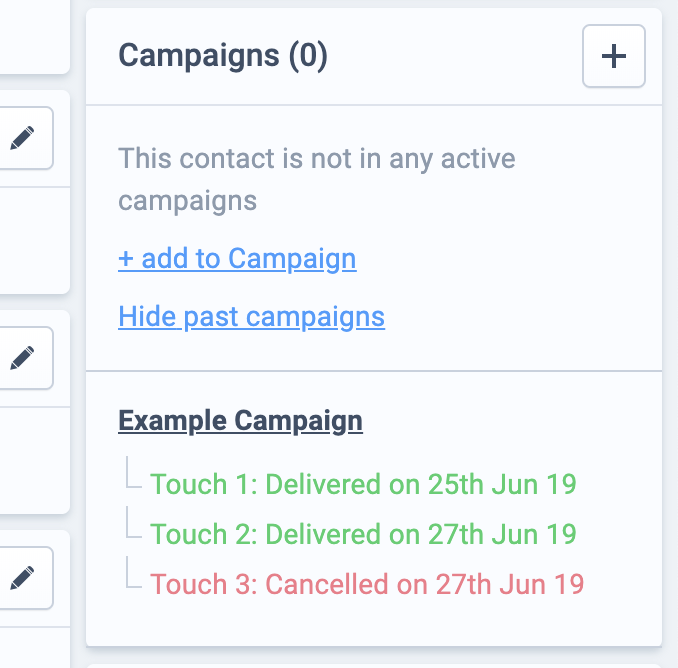 Re-Adding Candidates to a Campaign

Once a candidate has been removed from a specific campaign, they cannot be re-added directly to that campaign. This is so that you can be sure that no candidate will ever be accidentally sent the same campaign twice.

However, in the occasional instance that the candidate still needs to receive the remaining touches of a campaign, there are two ways to go about this:

1. Manually send the remaining email(s). If there aren't many touches left in a campaign, and you only need to ensure that a small number of candidates receive these, the quickest way to do this would be to manually send these touches to the candidates.