There are various ways of managing the contacts and data within your CRM; this article focuses purely on vacancy stages and vacancy groups.

What is a Vacancy Stage?

A vacancy stage allows users to track where candidates are in the active hiring process when added to a particular vacancy in Beamery or the ATS. Whereas statuses can relate to passive talent and candidates who are not being considered for an active role, vacancy stages are designed to show where the applicant sits in an active vacancy funnel. Candidates can also have multiple vacancy stages if they are being considered for more than one role. For example a candidate may have the status 'interviewing' but sit within the ‘code test’ or 'final assessment center' stages within a vacancy.

Vacancy stages without an ATS integration
If Beamery is being used independent of an ATS, Admin or Super Admin users are able to customize vacancy stages within the Beamery settings. These stages will then be shown when new vacancies are created.

Why are vacancy stages useful?

Workflow automation
- A change of vacancy stage can be used as a trigger in a recipe. For example changing a candidate’s stage to ‘Rejected - Silver Medalist’ could trigger the recipe to add a silver medalist global tag and send a follow up re-engagement campaign. (Note that some ATS integrations do not support this.)
- Belonging to a particular vacancy can be used as a filter within a recipe. Additionally, getting added to a vacancy can be an action within a Recipe, although assigning a specific stage cannot.

How to use Historical Vacancy Stages

Historical Vacancy Stages are a way to measure and filter for the number of candidates in a particular vacancy stage during a specific time period. Leverage this filter in your reporting to answer questions like ‘how many applicants were there last month?'.

How can stages be applied? 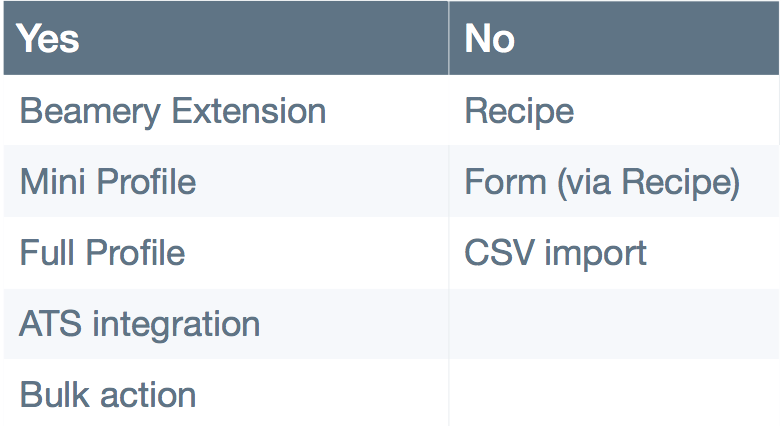 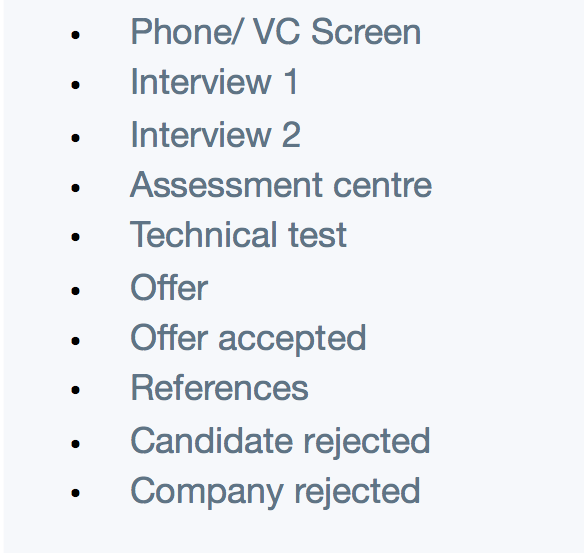 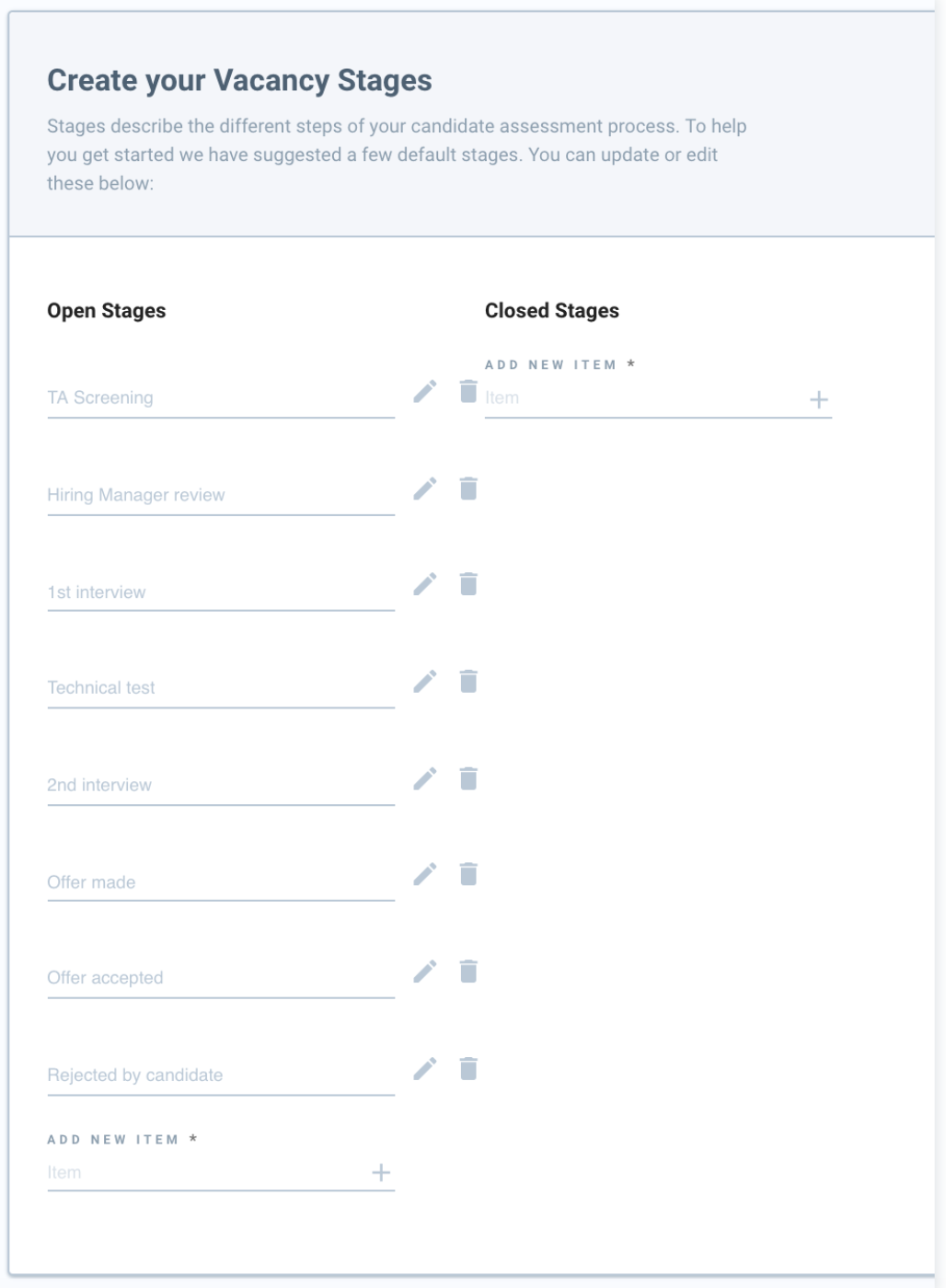 Vacancy stages as displayed within the 'Customize Beamery' settings. 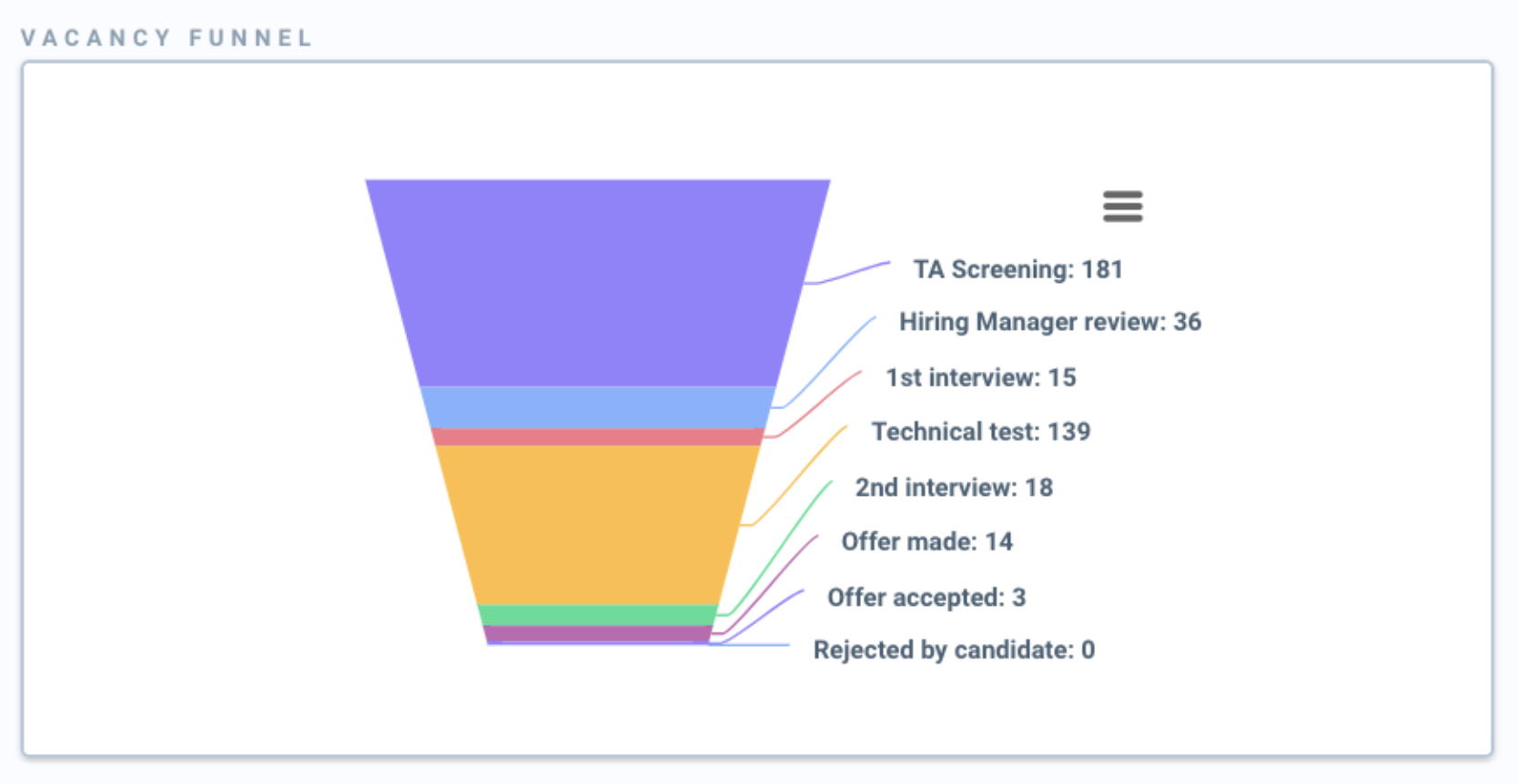 Vacancy stages as displayed within the vacancy reporting funnel. 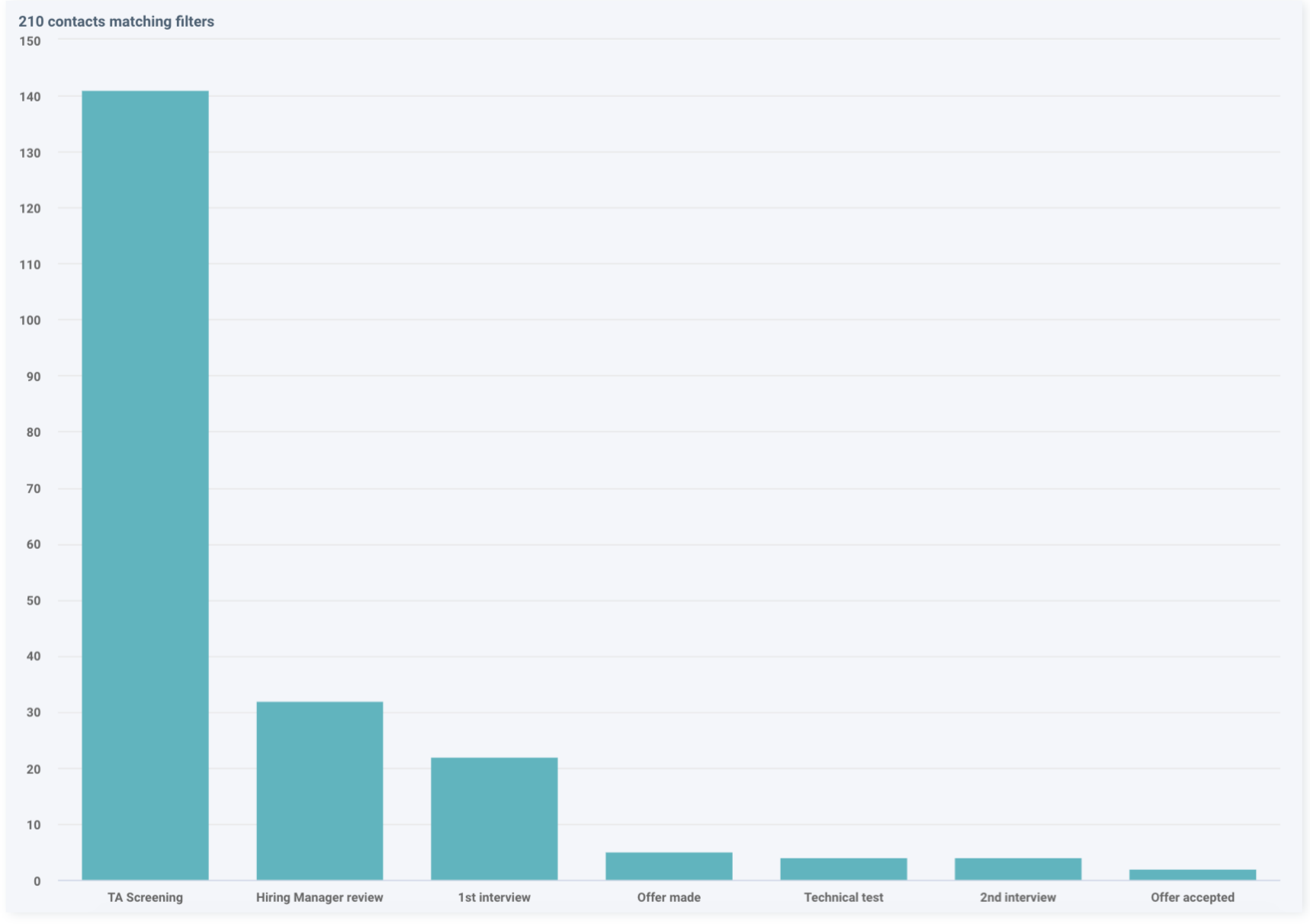 What are Vacancy Groups?

Vacancy groups provide a way to group similar types of vacancies together. Most commonly these are arranged along the lines of a particular department, recruiting team or region. Vacancies can then be filtered to display only those registered under a certain group. Vacancy groups can also be used in conjunction with vacancy pipeline reports to view data relating to all vacancies, split by group.