Each campaign comes with its own detailed analytics that show you both the conversion of the campaign - such how many candidates opened the emails - as well as a breakdown of that conversion by each individual touchpoint. 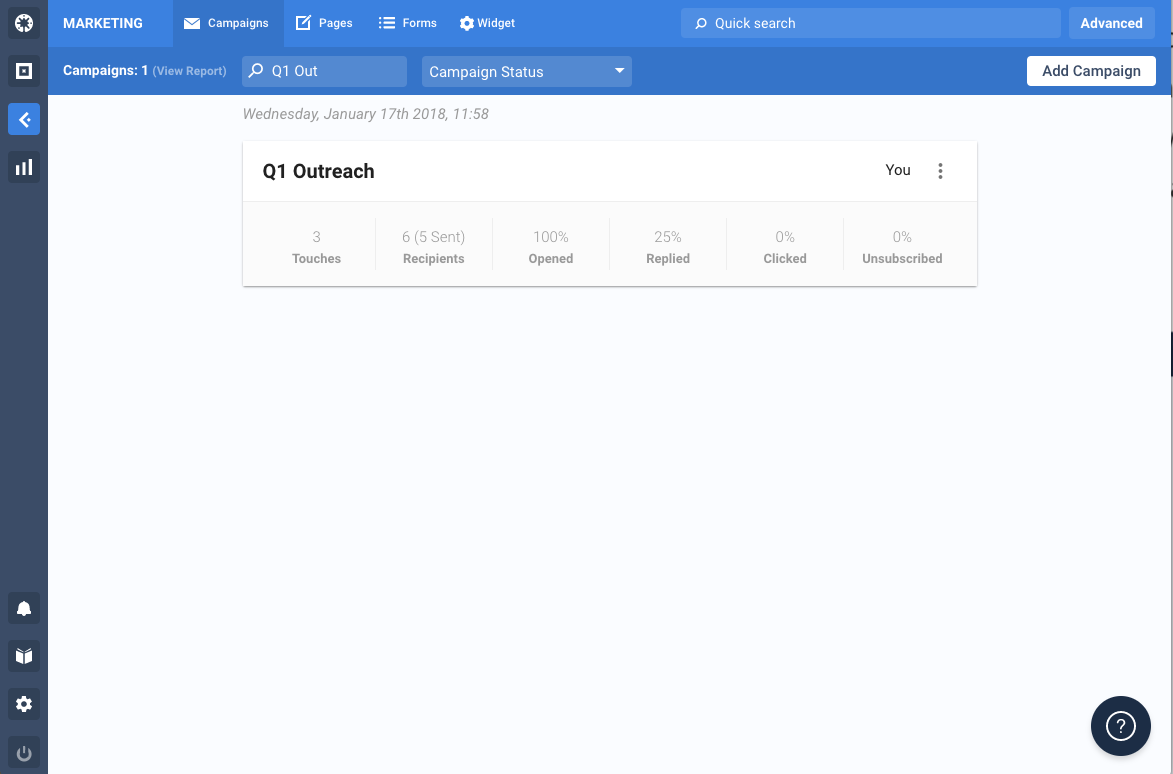 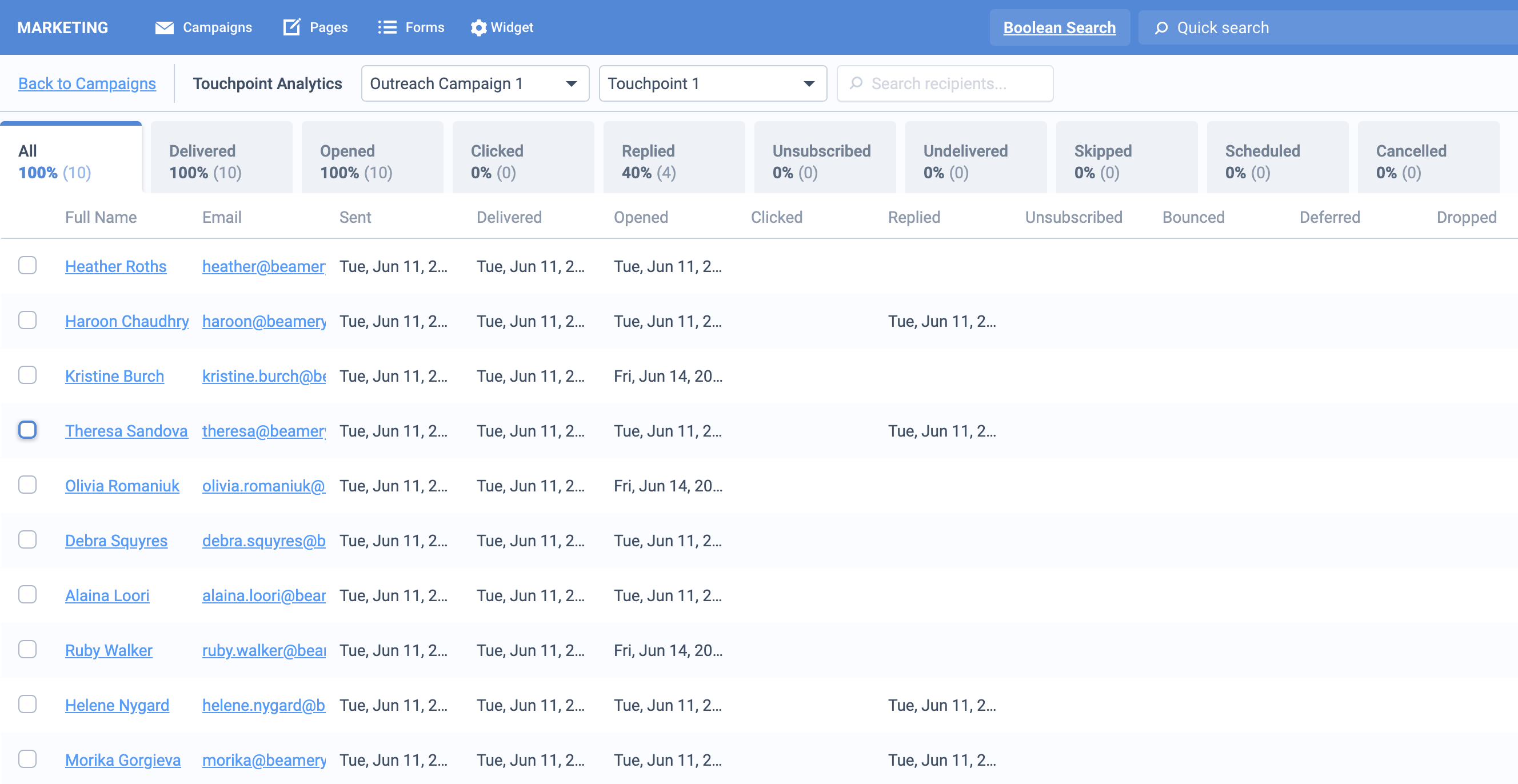 In addition, you can see these analytics across all campaigns by clicking 'campaign report' within the reporting page. 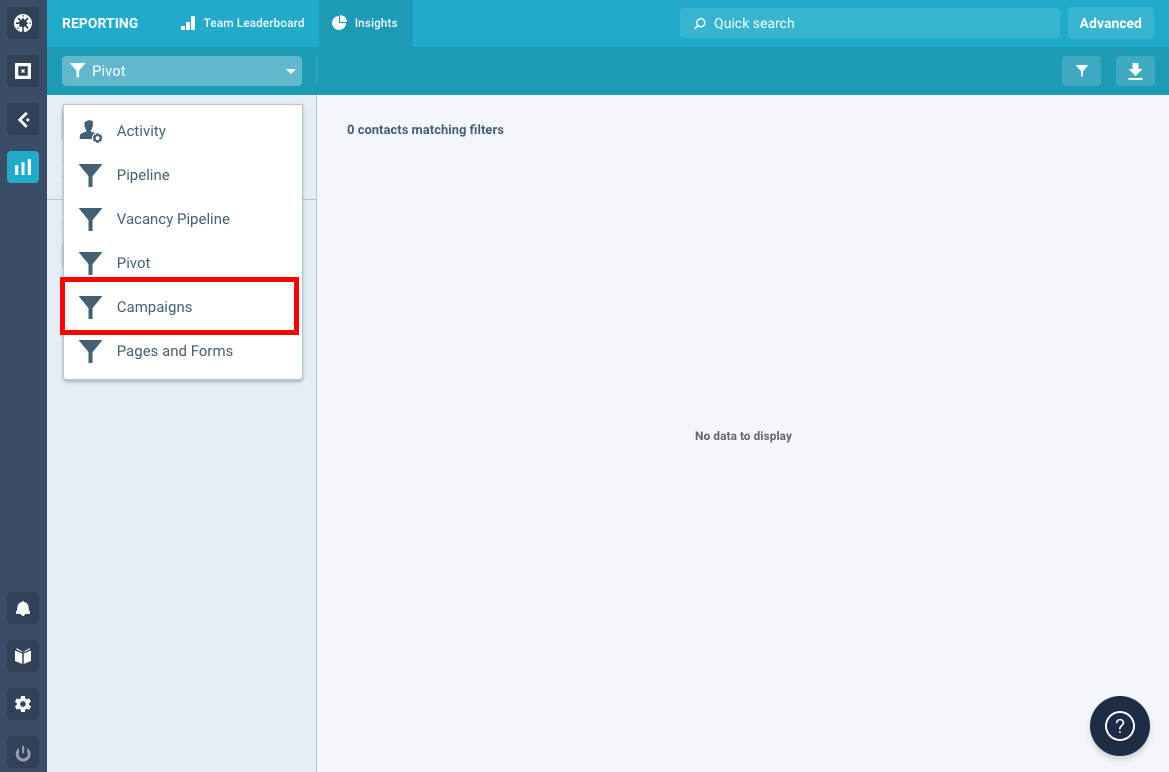 Within the campaign report, you can analyse the effectiveness of messaging and filter to see how this tracks over:

You can also see a Messaging Leaderboard in the Campaigns Report. This will show you the open rates and reply rates, along with the change in this rate during a specified time period, by team member. You will also see a column called 'Messages Delivered'. While 'Messages Sent' displays the total number of emails sent out, Messages Delivered displays only those emails that were received by the candidate (i.e this excludes emails that bounced or were undelivered, for example due to an invalid email address). Open, click and reply rates are calculated based on the number of messages delivered.